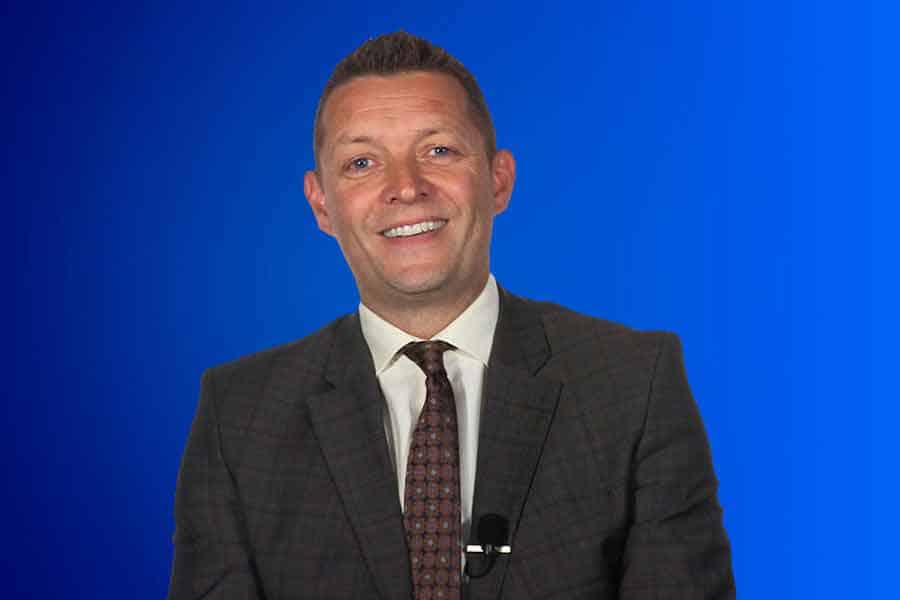 What is a talking head video?

Talking Head videos are frequently used in television, video production, vlogs, and YouTube videos. A talking head video is where someone looks and speaks to the camera. In doing so the presenter established a one-to-one connection with the viewer. I’ll show you how to make talking head videos, including how to script them, how to light them, and how to film them.

The key point in talking head videos is that the viewer sees your face and eyes. This helps to create an emotional connection.

For this reason, the talking head is ideal when you want the viewer to do something.

Writing a script is not essential but it can help for several reasons.

If you don’t want to write a script, take a journalist’s approach. Make sure you know the story, then think of a good opening and close to your piece to camera. You can then improvise the bit in the middle.

For How-To videos, tutorials, promotional videos, or business videos you can use this four-part script formula.

Introduce yourself. Now that your audience has a reason to keep watching, introduce yourself and present your credentials. What qualifies you to be the expert. Don’t worry, you don’t need to be a Ph.D., your real-world experience is good.

Don’t overdo it, keep it short. Your viewer just needs to know you are worth listening to.

Your solution. Explain how you, your product or your service is the solution to their problem.

Give the viewer your best stuff. Tell them what they need to solve their problem

The Call to Action. Once you’ve solved their problem tell them what you want them to do next.

This is where the law of reciprocity kicks in.

In short, you have done the viewer a favor by solving their problem. Subconsciously, the viewer feels obliged to return the favor. However, give them a good reason for doing what you want.

In this video, Dr. Robert Cialdini

How to light talking head videos 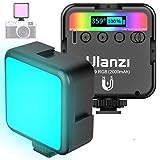 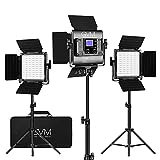 If you are recording at home or in an office, you may be able to use your room lighting. But don’t place yourself directly beneath a ceiling light, it will produce shadows in your eyes and under your chin.

If you do have a single video light place it to the side of your camera, about 30-45-degrees from the line joining you and the camera. Also, raise it up slightly above head-height. Use a reflector, bought or homemade, to bounce some light into the shadows on the opposite side of your face to the light.

are an excellent choice. They are quick to set up, are usually dimmable, and produce little or no heat. If possible, attach a collapsible softbox to the front of the LED light.

Ring lights will produce a soft wraparound light. But if you have larger space, try a couple of softboxes or umbrella lights.

For a professional touch, set up a light above and behind you to act as a rim or hair light. This will help separate you from the background

You can record a talking head with any camera, but your choice of camera will influence the look of your video.

If you want a blurred background

aesthetic, then use a DSLR or Mirrorless camera with a fast lens. However, you can get a similar effect with a video camera by placing it further from yourself and zooming in.

You can also use a smartphone, but I would avoid the very short focal lengths of action cameras. Focal lengths of about 10-16mm will be unflattering by distorting the shape of your face.

My preference would be for a DSLR/Mirrorless camera or video camera with an equivalent focal length of 50mm or more. This will ensure you look normal.

How to film a talking head

If you are filming someone else have them sit in a chair, this simplifies things for you. You can lock off the camera on a tripod and the focus won’t need to change.

However, most people like to stand, since it’s less restricting. If that is the case, use a strip of gaffer tape on the floor as the mark for your presenter. Then turn on autofocus to keep them (or you) looking sharp.

The type of talking head video you intend to shoot will determine your camera settings.

If shooting indoors, and against a backdrop, try opening your aperture to blur the background.

But if the background scene is part of the story, you will want it to appear in focus. So close down your aperture (use larger f-numbers).

Your shutter speed should also be approximately the reciprocal of twice your frame rate to make any motion look natural. So, if you’re shooting 30fps your shutter should be 1/60 sec.

If your video is about something large in the background, show the scale by using a wide establishing shot.

Also, record plenty of b-roll footage. You can cut this into your talking head footage to help explain a point, increase the visual interest, or just cover up any edits.

Finally, make sure you record good sound. Use an external microphone that is close to you.

Although any framing is possible in talking headshots, the usual framing is either a medium close-up or medium shot (mid-shot). In other words, a head and shoulders shot, or a head and torso shot.

The larger you become in the frame the greater the emotional intensity for the viewer. Don’t use an extreme close-up since that would be too intense a shot for most viewers.

However, a full-height wide-shot could be used to place the presenter in the context of the background scene or give a sense of scale. But don’t use this framing all the way through the video.

Frequently the presenter is placed on the vertical centerline (center framing), often used by News Anchors.

However, rule-of-thirds framing can be applied to enhance visual interest. In this case, the presenter is placed on the left or right vertical third line and balanced with something on the other third line.

Both these types of framing will be familiar to anyone watching TV news reports, vlogs, and YouTube videos.

For more details on framing a shot see my article here

My tips on how to make talking head videos

, and making direct eye contact with the viewer allows them to see whether you are sincere and potentially trustworthy.

By making direct eye contact with the viewer, they unconsciously feel that you are interested in speaking to them and that they matter to you.

By looking off to the side you’re giving the opposite non-verbal message. Instead of being a participant they are now an onlooker.

The degree of engagement with the viewer is also determined by the angle between your line-of-sight and the camera.

The closer you are to looking directly into the camera lens, the more intense the engagement. In doing so, the level of trust and emotional empathy between you and the viewer rises.

Use a teleprompter app

If you have written a script, put it on your iPad. There are plenty of free teleprompter apps available and a fair number of inexpensive ones too.

Mount the iPad on your camera, and provided your camera is not too close to the presenter, the viewer will not notice the presenter isn’t looking directly into the lens.

For best results make a DIY teleprompter from a couple of photo frames, a hinge, a 1/4-inch tripod mount and one of the pieces of glass that came with the frames. Open to an angle of 45 degrees and place your iPad flat on the bottom frame. The iPad’s screen will reflect off the glass for your presenter to read.

If you can afford an extra $30-$50, replace the plain glass with a beam-splitter mirror. This will make the text brighter and clearer.

If you don’t want to spend the money on a teleprompter print the script on sheets of paper as cue cards and hold them up for your presenter to read.

Alternatively, if you are working as the presenter and camera operator, sellotape each sheet just under the camera lens and record one sheet at a time.

Unless you are incredibly creative you will eventually hit that wall where ideas just stop coming.

Don’t worry, it just means you forgot to put in place a proper method of producing new video ideas. Fortunately, the more you use the method the more automatic it becomes, and the ideas will seem to form themselves.

on generating ideas for videos on YouTube, especially if you are a beginner. For specific kinds of videos click here

One last tip. Remember to smile. It will make you look more friendly and attractive to your viewer.

I am a professional audio and video producer, and I use Sennheiser and Audio Technica wireless microphones for my client videos. However, I also have some cheaper wired lavalier microphones in my kit...

Continue Reading
link to How to Use a Zoom H4n: Record Pro Audio in 12 Easy Steps

Looking to use your Zoom H4n to record yourself, an interview, or a podcast? The trick to capturing good quality audio with the H4n is to use one or more external microphones, either clip-on lavalier...