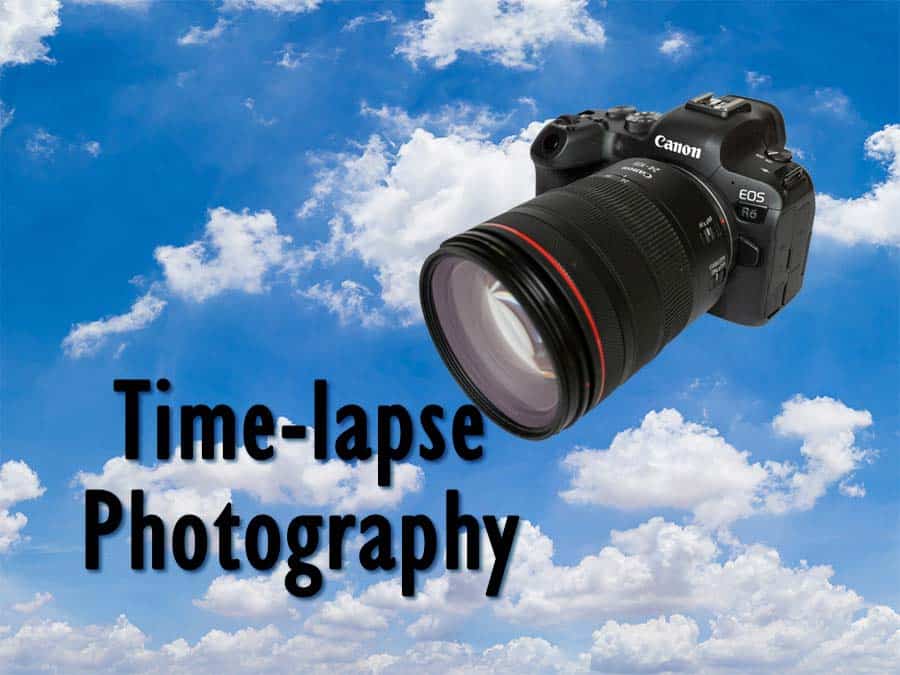 Are you ready to add some creative touches to your videos? Then why not try your hand at making a time-lapse? It’s a fantastic way to showcase the beauty of the world around us in an eye-catching and dynamic way. And you’ll be surprised at how easy it is to get started!

In this post, I’ll guide you through the simple steps to create your very own time-lapse and give you some inspiration with some jaw-dropping examples. So, get ready to see the world in a new light, and let’s start creating!

What is time-lapse photography?

In timelapse photography, images are recorded at regular intervals and then played back at a faster frame rate than a normal video. This creates the illusion of time moving faster, revealing slow movements that are not normally apparent, such as a sunset and the blooming of a flower.

Time-lapse videos are often used to capture natural phenomena, such as clouds moving across the sky or stars moving in the night sky, but they can also be used to document man-made changes, like construction projects, traffic patterns, and hustle and bustle of a city center.

The Canon EOS R series of cameras are well suited for time-lapse photography. Each one can shoot 4K timelapse sequences, while the R5, can create 8K timelapse videos. These resolutions ensure the capture of detailed time-lapse footage.

Additionally, most of the cameras have a built-in intervalometer, which makes it easy to record a series of images at regular intervals. Furthermore, the Time-lapse movie mode allows the automatic creation of timelapse videos that can be saved directly to the camera’s memory card.

There are three main ways to create a timelapse video with a Canon camera. The first way is to take multiple still images and then combine them into a video sequence using video editing software. The second way is to speed up normal video footage. The third way is to use the Time-lapse movie mode on Canon cameras which automatically produces a timelapse video inside the camera without the need for any post-processing.

The first method is to use a remote intervalometer, which is an external device that can be connected to the camera to fire the camera’s shutter at a set interval. This allows you to capture a sequence of images that can later be processed into a timelapse video.

The second method is to use the camera’s internal intervalometer. Like the remote intervalometer, this allows you to set the interval between shots, so you can capture a sequence of images for later processing into a video.

This method is very simple and requires very little extra learning. All you need to do is to set up your camera, shoot a normal video, do a little editing, and color grading on your normal video editing software, and finally, speed up the clip in the timeline. In effect, it’s not that different from what you’d normally do in your video production.

This is arguably the quickest and easiest method of all for producing a timelapse. Frame the shot, set the exposure and focus, then tell the camera how many stills to take and how often. Finally, press the shutter button and let the camera do its stuff. Once the camera has finished shooting all the stills, it’ll automatically combine them into a finished MP4 video. No need to mess about in software and you can immediately review the timelapse on the back of the camera. How terrific is that!

Which method should I use to create a timelapse?

So, which is the best method to use? That’s a good question.

The intervalometer, time-lapse movie mode, and speeded-up video techniques each have their advantages and disadvantages. For instance, time-lapse movie mode gives you a finished video as soon as the camera has finished recording the images. But shooting an image sequence is the classic way of creating a timelapse because it gives you more creative control at the cost of taking much longer to accomplish. You can pre-process the images in Adobe Lightroom before creating the video in software like Photoshop or Premiere Pro. Then there’s the method of speeding up normally shot footage. It’s simple and you hardly need to learn anything new to begin.

As already stated, each method has its own pros and cons, and the choice of which one to use will depend on your skills, time limitations, and the specific needs of the project.

Preparing to capture the timelapse

Before you start recording your timelapse there are a few key things you need to do to ensure you have a successful shoot.

With the preparation done, you can go ahead and start recording your timelapse. But the details will be different depending on the method you choose. I’ll go into those details next.

Except for the EOS R, all the other EOS R series of cameras have a built-in intervalometer. To use the intervalometer you will need to follow these steps:

If you are using the EOS R, which does not have the interval timer, you can still use this method by using an external intervalometer. I use the inexpensive Neewer Digital Timer Remote RS-60E3

with my EOS R (which also works with the EOS R6). Attach the intervalometer to the camera’s remote-control terminal, which is above the mic and headphone sockets.

Note that if the lighting is variable or you want to shoot a day into-night timelapse you may wish to use aperture priority (AV) mode instead of Manual.

Creating a timelapse by speeding up video footage

If you wish to create a timelapse from regular video footage and then speed it up, here is what to do.

Creating a timelapse with the built-in Time-lapse move mode

To shoot a timelapse using the built-in Time-lapse movie mode that all Canon EOS R series cameras have, you will need to follow these steps.

If you have not created timelapse videos before, this method will be the easiest and most convenient way to get started. Once you’ve set up the camera, it does all the tedious work for you, including the creation of the final timelapse video. However, you may want to post-process the video to adjust color, brightness, and audio or add some text or graphics.

Note that if you’re using the EOS R and its infamous 4K video crop of about 1.74x, this method will produce an uncropped 4K timelapse video.

How many shots do you need for your time-lapse video?

Creating a timelapse video is a great way to showcase the passage of time and capture stunning visual effects. But before you start shooting, it’s important to understand how many photo stills you’ll need to create your final video.

To calculate the number of stills you require, simply multiply the length of your timelapse video (in seconds) by the appropriate frame rate. For example, if you’re using the NTSC system and you want to create a 10-second timelapse video, you’ll need 300 still images (10 seconds x 30 frames per second).

Here is a table that shows the number of stills you need for different video lengths using the NTSC and PAL systems.

You can see that creating your timelapse as a PAL video would require you to take fewer shots.

Astronomy is one of my hobbies, and in the past, I was lucky enough to live under dark rural skies in Scotland. So, it’s no surprise I should like this video produced by Chris Murphy, a master of celestial photography.

The video is called AORAKI, a timelapse compilation of landscapes and night skies that Chris shot over a 3-year period at and near Aoraki Mackenzie International Dark Sky Reserve in New Zealand’s South Island.

The reserve offers the perfect opportunity to witness the mesmerizing dance of the stars and the natural beauty of the landscape. Notice how at about 20sec into the video long exposures have turned the lake surface milky smooth.

Join Jeff on an epic journey as he captures the night sky along the United States Eastern seaboard from onboard a container cargo vessel. For the two-week odyssey, Jeff had his camera fixed firmly on the horizon as the ship visited the ports of New York, Charleston, and Savannah.

As the ship plied the open waters, Jeff captured the ethereal beauty of the night sky, using a shutter speed of 25 seconds at 30-second intervals to capture the stars in all their glory. The port arrivals and departures were captured with an interval of between 4 and 8 seconds.

But this video wasn’t created without cost to Jeff as he says he used up almost half of his camera’s shutter life, having shot around 62,000 raw image files. But the result is well worth it as this 10-minute timelapse video shows.

About the author: Tosh Lubek is a multi-award-winning broadcaster, writer, and video producer, with 40 years of experience in professional broadcasting. He has worked with radio and TV broadcasters, advertising agencies, and direct clients on a variety of projects including radio and television advertising, online video production, corporate videos, award ceremony motion graphics, and theme park sound design. Tosh has won numerous awards, including a Radio Academy Awards Gold Sony, a Gold, Silver, and Bronze World Medals in the New York Festivals International Advertising Awards. Since about 2007 he has been creating YouTube videos. Tosh has been a sponsor of the “video booth” at HashTag Business Events across the UK.

RØDE microphones are known for their high-quality audio and versatility, whether you’re a solo video shooter or the sound recordist on a higher-budget video shoot. But in this blog post, I’ll...