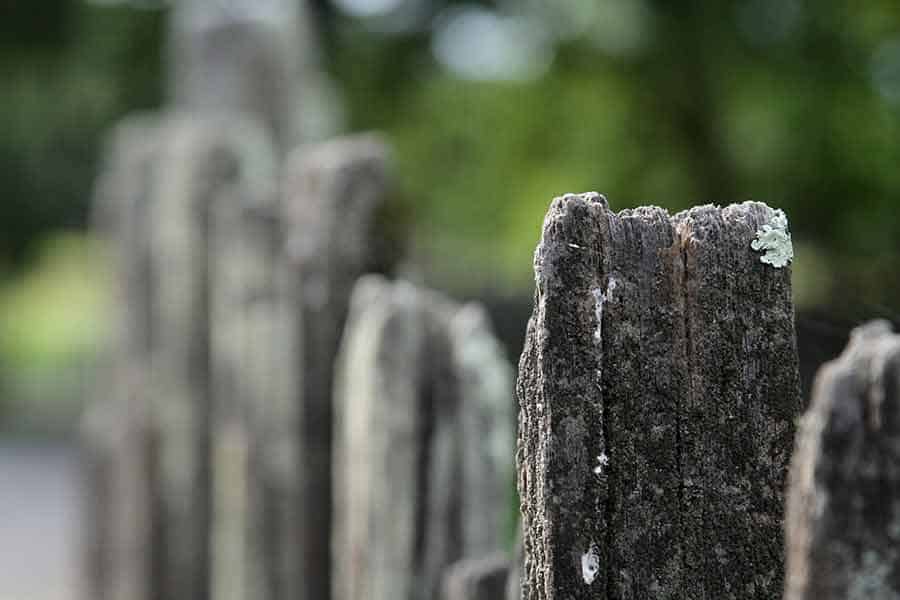 What is Depth of Field?

In the illustration below, the Depth of Field (DOF) is the green zone. Anywhere in front of the camera that is outside this green zone, or the depth of field zone, will appear blurred. Furthermore, the further away an object is from the focus distance, the blurrier it will appear to be.

What affects Depth of Field

As I mentioned, realistically you can only vary the first three factors: Focal length, Focus distance, and Aperture. This is because the sensor size is fixed in your camera, the only way you can change this as a factor is to use a different camera. Also, the Circle of Confusion also depends on the sensor size (plus one or two other factors).

So truly, the question we posed should be, “what three factors affect depth of field”. Even so, let’s look at those five factors, especially since some readers may argue that the camera’s sensor size can be changed electronically. I can, in fact, do this on the Canon EOS R, effectively changing it from a full-frame camera to a crop sensor camera.

So, a telephoto or long focal length lens (say 85mm and upwards, on a full-frame camera) will produce a shallower depth of field and blurry backgrounds (and foregrounds). This is exactly what you will be after when shooting portrait or head and shoulder shots.

A wide-angle or short focal length lens (say 24mm and under, on a full-frame camera) will have a deep depth of field where more of the space in front of the camera appears to be in focus. So wide-angle lenses are ideally suited to landscape shots, where you want all or most of the shot to appear in focus.

Subject distance to the camera and background

But the distance between your subject and the background is also important. In terms of the mathematics that determines the depth of field, this distance does not affect the Depth of Field. However, the further the background is from the subject the blurrier it will appear to be. You can see this in the next photograph of wooden fence posts. As the posts get further behind the plane where the subject is in focus, they get increasingly blurry.

For a more cinematic look, open up the distance between background (or foreground) objects and your subject. You can then do a rack-focus from a foreground object to your subject.

Depth of field and aperture go hand in hand. As the aperture in a camera lens increases (i.e. the f-stop number decreases), the shallower the depth of field will become. In other words, as you open your aperture, more of your background goes out of focus.

We can demonstrate the difference between using a small and large aperture by setting up some dominoes with a 3/4 inch (2cm) spacing. The first image below had a small aperture (f/22) and all twelve dominoes appear in focus. In the second image, I use a larger aperture (f/4) resulting in a shallow depth of field where only the 5, 4 and 1 spot dominoes are in focus.

We can see in the above image that all the dominoes appear in focus when shot with a 70mm focal length lens at f/22.

In the above image, with the 70mm lens stopped down to f/4, we have a shallow depth of field and the further a domino is from the focus distance the more blurred it appears

Sensor size does affect the depth of field in your image.

But hold on. The same lens on a full-frame and a crop sensor camera would produce two quite different shots.

Getting the equivalent field of view

The same lens on the crop sensor camera will effectively have a longer focal length of 1.5x or 1.6x for Canon APS-C cameras.  So, the subject would appear larger in the shot taken with the crop sensor camera than the full-frame camera. For both shots to appear the same they must have the same field of view. Therefore, we need to move the full-frame camera closer to the subject or have equivalent lenses on the two cameras.

With both cameras now producing an equivalent field of view, does the smaller sensor still have a smaller depth of field?

The results from a depth of field calculator

Say our two cameras are side-by-side, exactly 6.5ft (2m) from the subject. For the Canon 80D (50mm lens) we calculate a DOF of 30.04cm. But for the EOS R (80mm lens) we calculate a DOF of 18.18cm. So when our aim is to produce a shot with a certain framing, using equivalent focal lengths, the full-frame camera, with the larger sensor, wins in the shallow depth of field stakes. For a mathematical explanation
I would recommend reading Todd Vorenkamp’s article on the B&H website.

Putting the math aside, for the composition to look the same on both the crop sensor and full-frame cameras, the latter will need a longer lens (or be closer to the subject).

However, since the sensor size in your camera is fixed, in practice for the purposes of altering your depth of field sensor size can be ignored.

The Circle of Confusion

The last factor that determines the depth of field is the circle of confusion.

Under standard viewing conditions, the circle of confusion is the largest blur spot that the human eye will still perceive as a point. The blur spot, or circle, is formed by the converging cone of light focusing either before or beyond the camera’s sensor.

The actual size of the circle of confusion varies according to camera sensor size. To be honest, the Circle of Confusion, just like its name, can seem a bit confusing, so I’m not going to go into details. But if you would like to read about it and how it varies with sensor size, check this article on Wikipedia.

In the meantime, since you would need to change your video camera to affect the circle of confusion, we can ignore this factor.

To summarize what affects depth of field, in practical terms, I would include the following three factors:

For a shallow depth of field use a longer lens or if you have a zoom lens zoom in. You will have to move further back to frame your shot correctly. Now also open your aperture by dialing down to your lowest f-number.

For a deeper field of view use shorter focal length lenses and smaller apertures (higher f-numbers).

One use of the depth of field effect for photographers and videographers is to use background blur to isolate the subject from the background. I have written an article about this that you can read it by clicking here

. Using this technique, you can blur the creases in a cloth backdrop to give it a more pleasing appearance.