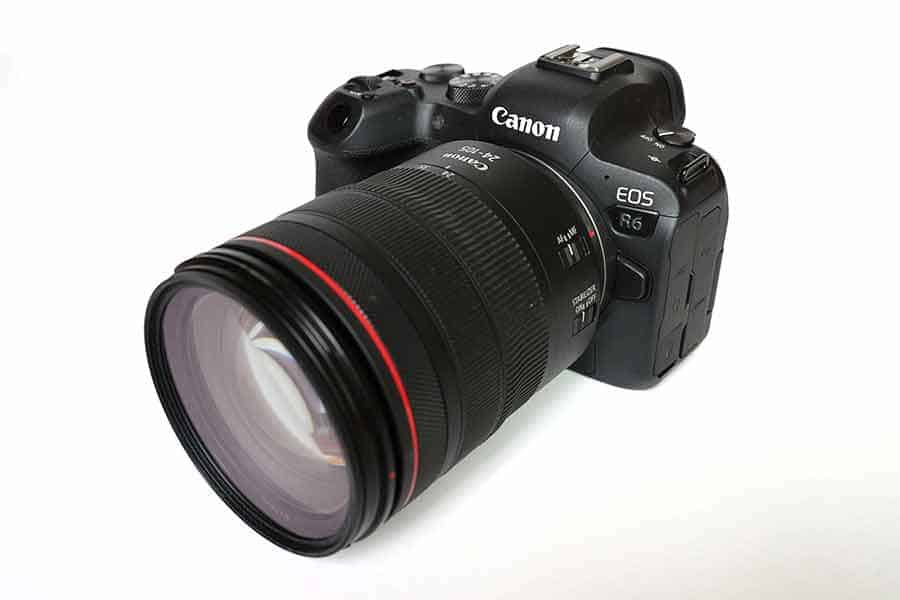 I tested the battery life of the LP-E6N and LP-E6NH batteries to write an article on the expected battery life of an EOS R6 camera battery. But my tests also revealed some interesting insights on Canon battery charging times.

There is no definitive answer to the general question of how long it takes to charge a Canon LP-E6 series battery, or for that matter any other type of camera battery.

The Canon EOS battery charging time depends on several factors. These include:

In this article, I will be looking at the Canon EOS LP-E6 series of batteries, and more specifically at the newer E6N and E6NH versions.

Please note that by exhausted I do not mean a complete discharge of the lithium-ion battery. Li-ion batteries should not be completely discharged since this would cause permanent damage. 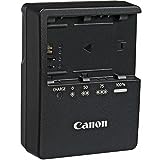 The EOS R, Ra, R5, and R6 can use any of the LP-E6 series of batteries. Although the R and Ra are supplied with the LP-E6N battery pack, and the R5 and R6 come with the LP-E6NH, if needed, any of these cameras can also use the lower capacity LP-E6 power pack.

Since these three battery packs have different maximum capacities, clearly their battery life and charging times will differ.

When the LP-E6N battery was introduced, boasting a capacity of 1865mAh, it only provided a 3.6% improvement on the original LP-E6 battery pack. This explains why both batteries have similar charging times.

Using a table of figures does not always help us see a correlation between two sets of data, but a chart often helps to reveal such links. I plotted the charging time in minutes against the battery capacity in mAh in the chart below.

You can see that the three data points fall on a straight line, indicating that the charging time is directly proportional to the battery capacity. Using simple math (simultaneous equations or a graphical solution), it is easy to write a formula that describes this line. The formula is,

where T is the charging time in minutes and C is the battery capacity in mAh.

You can see how in my test the battery charging time varied with battery capacity for the LP-E6 series of batteries. Although these charging times, and my formula, will be approximately correct for a range of normal room temperatures, strictly speaking, they are only true under the conditions of my test. As a reminder, I was using a Canon LC-E6E charger at a room temperature of 23°C/73°F. In another test at a temperature of 26°C/78°F my LP-E6N battery charged in 2hr 9min, about one minute less than charging at 23°C/73°F.

When buying a Canon camera that uses an LP-E6 series battery, a standard Canon LC-E6 or LC-E6E battery charger will be included. Both chargers plug into a wall outlet, although the LC-E6E uses a separate cable.

However, this is not the only option when it comes to charging your Canon LP-E6N or LP-E6NH camera battery. You can use a third-party camera battery charger or try one of the USB charging options I cover in my article Canon EOS R6 USB Charging.

The point is that if you use a different way of charging other than using Canon’s LC-E6/LC-E6N charger then the charging time is likely to be different.

Charging an exhausted LP-E6NH battery inside an EOS R6 with the Canon PD-E1 USB power adapter at a room temperature of 23°C/73°F takes 2hr 59min. This is 12 minutes longer than charging the same battery in Canon’s LC-E6 or LC-E6E battery charger.

As Lithium-ion batteries age their recharge performance decreases, which can be monitored on a Canon EOS camera under the Battery info menu page.

The recharge performance will be influenced by the number of recharge cycles and even the recharge conditions, for instance, recharging at higher temperatures.

Charging time is affected by the ambient temperature

You probably know that your smartphone’s battery life drops dramatically in low temperatures. This is not something that is peculiar just to smartphones, lithium-ion camera batteries are also affected by temperature.

But here I am concerned with charging time, so I will get to the point.

In my tests charging an LP-E6N battery with a Canon LC-E6E charger at a room temperature of 23°C/73°F charging took 2hr 10min. The same battery took two minutes less to charge at a temperature of 26°C/78°F.

However, I would not recommend deliberately increasing the temperature to cut the charge time. High temperature charging adversely affects the battery’s cycle life and reduces the charging capacity. Excessive heating of the battery can occur inadvertently if the battery or camera has been left in a car on a hot sunny day.

The higher temperature leads to the battery giving a false-positive of being fully charged when it is not. The useable capacity (and battery life) is then reduced, leading to more frequent charging, which reduces the life expectancy of the battery.

The remaining battery capacity will affect battery charging time. If the capacity is still at 94% or higher the battery will not charge at all, so you will be waiting an exceptionally long time for the charging to complete.

As mentioned at the start of this article an exhausted lithium-ion battery is not a completely discharged battery. When exhausted the battery may still have around 10% capacity remaining. So, if you recharge your LP-E6 series battery with a remaining capacity of between 10% and 94%, the charging time will depend on what battery capacity you start charging.

How long should I charge my EOS LP-E6 camera battery?

How long should I charge my EOS LP-E6N camera battery?

How long should I charge my EOS LP-E6NH camera battery?

How long does a camera battery last before needing replaced?

When to charge a camera battery

A lithium-ion camera battery should be charged when it reaches a remaining battery capacity of 10-20%. This ensures maximum use from the battery and avoids complications that might occur if the battery power is allowed to drain further.

Why will my camera battery not charge?

A lithium-ion camera will fail to charge when it has been allowed to discharge and the voltage drops to below its nominal rating. The charger incorrectly recognizes the voltage drop as a battery fault and as a precaution will not charge. Camera batteries normally lose 3-5% of charge monthly while in storage.

Can a camera battery overcharge?

Good quality camera batteries normally included protective circuits that reduce or stop charging when the battery is fully charged. A battery like Canon’s LP-E6NH takes about 3hrs to charge, and although the supplied LC-E6/LC-E6E charger stops charging once the battery capacity reaches 100%, it is not recommended that the battery is charged for more than 24 hours.